October 16th, 2011
This is a pretty big upgrade from the previous version, i highly recommend upgrading.

The entire core and several other parts have been rewritten completely.

Some of the new features are, experimental scripting support, log browser/viewer and a channel editor.

Thanks to all the beta testers and bug reporters, keep it up :)

Please report any bugs you might find at dev.adiirc.com

April 23th, 2011
I recently installed Ubuntu on my desktop for a change and off course i wanted to run AdiIRC on it, but my mono "port" with windows forms was to slow and buggy so i decided to see what i could do with the AdiIRC core and a GTK frontend with pure mono.

Here is the result so far. 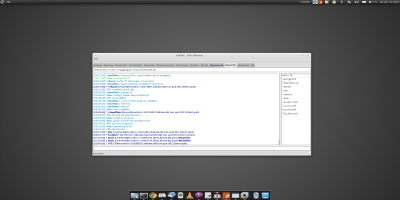 Works on both OS X and Linux, maybe i will release it someday :D

If you have problems with your autocommands/perform, open the serverlist, look for something like /commandWEIRD CHARACTER HERE/command, just delete the weird character and make sure all commands are on a seperate line, then save the serverlist and rerun adiirc.

That should do the trick, sorry about that.

April 2th, 2011
There is a bug in the 1.8.7 serverlist when you add a new server that looks something like this:

"Object reference not set to an instance of an object."

I believe it is harmless, just ignore it when it happens.

It's fixed in the beta's.

April 1th, 2011
I'm playing around a little with scripting in the latest beta's, you can follow my progress at http://dev.adiirc.com/projects/adiirc/wiki/Scripting

Any feedback is appreciated :D

3.6 Released
November 3th, 2019
3.6 Released Some new features in this release: Added option to use server "Username" as ident nick reply Added support for username:password for login methods when no login username is present Added. More..

3.5 Released
June 30th, 2019
3.5 Released Since getlocalization.com is now closed, all translations are moved to github for now. Some new features in this release: Added experimental. More..

3.4 Released
May 3th, 2019
3.4 Released Some new features in this release: Added option to use proxy when downloading inline images Added experimental option to disable RGB/extended colors for events to allow all 0-99 colors to. More..